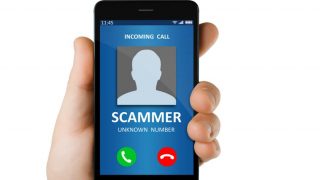 Scammers use anything they can in order to trick their targets. The con artists have begun to say that they are from government agencies such as the Social Security Administration, the IRS, and the Federal Trade Commission. Scammers have been targeting the FTC lately as a way to convince people that they’ve won prizes in contests they have never entered. Using the FTC as a way to scam people is ironic as the independent government agency tracks and prosecutes scammers.

Thieves call random people and say that they are employees or representatives of the FTC. The scammers tell the person that that they’ve won prizes in a sweepstakes or lottery. The “representatives” often give names and office phone numbers of real agency personnel. The person listens to the call, but is eventually asked for personal information and, of course, money. The thieves take the information and the money and disappear, while the victim has little or no recourse. Banks often protect people against fraud, so the scams usually involve paying through cash apps, wire transfers, or gift cards.

The FTC is running a campaign to stop the scams. Government agencies never run sweepstakes or lotteries, nor do they ask for money.

Callers may also say that you owe money to the IRS or court system. Anyone who claims to work for the government is probably a scammer.  The FTC has written a guide on identifying the calls and what to do to avoid being a victim.

If you receive a suspicious call, hang up. Do not press 1 to be removed or give out your personal information. The caller may make threats, but do not respond. You can block calls on your iPhone or Android if the number is in the form of a standard number. Scammers use different numbers to confuse targets, so be aware of strange numbers.

Notify law enforcement if the caller makes any type of threats. You should also report the call to ftc.gov/complaint. Include the following:

« Rebuilding Notre Dame: What To Know About Charity Phone Scams
Telemarketers Are A Nuisance: How To Avoid Them »