Telemarketers Are A Nuisance: How To Avoid Them 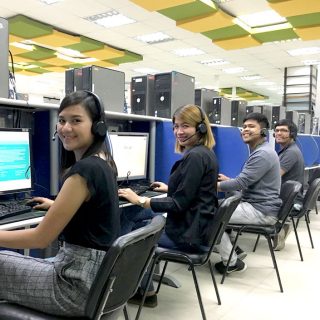 Telemarketers make phone calls to large amounts of people to sell products and services. Call centers hire people to make the calls. Sadly, people receiving the calls are not happy about it. Callers dial directly or use automatic dialing systems. The introduction of these systems ended the need for people to call thousands of people. It was created to save time and money. Automatic dialing systems launched robocalls, a system designed to answer questions and/or send callers to the right department. A recent study shows that these systems can answer almost 30% a person’s questions and save almost 50% of the time people would spend on the phone with a real person.

Telemarketers use these systems to get you to buy products and services. Scammers use the same systems to trick you out of your hard earned money. The systems are automated, so it’s impossible to talk to a real person. People try to stop the calls, but it’s usually futile.

Laws regulate telemarketing companies regarding the number of times they are allowed to call people and at what times. The law states telemarketers cannot make telemarketing calls before 7 A.M. and after 9 P.M. The government created the National Do Not Call Registry to allow people to take their names off of lists used by telemarketers. The government allows companies to call you if you have an account with that company or are signed up for a service that allows calls by third parties. You must contact the company and opt out of the contact. Callers that ignore the law, should be reported.

In 2018, robocallers placed 26.3 billion phone calls. The Federal Communications Commission says that, in 2019, more than 40% of phone calls will be automated. Although the FCC gives fines to companies that ignore the law, the companies don’t stop. People look for ways to stop the calls, and organizations like Consumer Reports publish tips on how to remove yourself from the system.

Phone apps help you to trace unknown callers on your iPhone. The apps use an algorithm to find which phone numbers probably belong to scammers or telemarketers. The apps keep a database of the numbers. Phone numbers that make more than 1,000 calls are added to the database. The database will label it as an unwanted number.

Tracer apps can help you to identify a phone number, and if the number belongs to an unwanted caller, you can block the phone number. The app will also block text messages. It might not stop all calls, but it will cut back on the number you get. You can only stop robocalls completely by shutting off your phone. Apps can help, but there is no 100% solution.

People who use the tips and tricks will still get calls. If you do, write down the numbers so you can keep track. You should also report it to the Federal Trade Commission so they can investigate.

« Government and Grant-Related Phone Scams: What To Know
Is Caller ID Spoofing Illegal? »