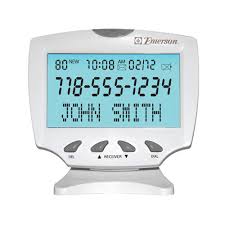 Caller ID spoofing is when the number that appears on your Caller ID is not the real number being used to make the call. The person calling purposely gives a fake number. Users spoof their numbers to hide their identity. Caller ID spoofing is not illegal, as long as it is used for good reason. However, robocallers and scammers use false information to make you believe that the number belongs to someone else. Some make their number appear as a local number when they are calling from out of the area or from another country. It also allows them to make their real number untraceable for consumers and law enforcement.

Businesses use spoofing for good reasons. A company can use spoofing so calls from extension lines inside the company show the business’ main phone number. Business owners and other professionals often use spoofing to hide their personal numbers. This is also a common practice with doctors who must contact patients but want to keep their numbers private. The patient recognizes the phone number of the doctor’s office and the doctor’s privacy is respected. Law enforcement agencies use caller ID spoofing for similar reasons. Lastly, at-home workers may use caller ID spoofing to show their company’s office number instead of their personal information.

Telemarketers , including those that use robocalls, must adhere to a specific set of rules from the FCC regarding caller ID spoofing:

Scammers use spoofing to trick someone into answering the phone. People, as well as their phones, are getting smarter, so fooling them isn’t easy. Surprisingly, while millennials are more tech savvy than the older generation, they are more likely to fall for phone scams.

One of the most common ways to trick someone is to pretend to work for a legitimate company. If a scammer wants you to believe he is from a real company like Verizon, he can spoof the company’s phone number. The person answering the call could be fooled by the scammer’s pitch and give out valuable information.

The Truth in Caller ID Act of 2009 was put into action to prevent phone scams. It forbids anyone from spoofing caller ID numbers if there is an intent to “defraud, cause harm, or wrongfully obtain anything of value.” Anyone caught violating the Truth in Caller ID Act will receive a fine of up to $10,000 for each offense. Sadly, fines aren’t enough to stop most scammers, especially if they use untraceable numbers.

Con artists use Internet phone numbers to spoof local phone numbers. The local often trick people into thinking the call is from a local business, school or neighbor. Secondly, they may use a local exchange or choose a number close to your own. For example, if your number is 717-573-0736, the scammer might use 717-573-1234 or 717-573-0735. People answer local phone numbers in case it’s someone they know. Although most people don’t answer unknown phone numbers, the person might think they’re getting a call from their child’s school, doctor, or a neighbor in need. If you see a number you don’t recognize but could be important, you can use a white pages iPhone app or free reverse phone lookup app to search before picking up the call. You can return real calls right away. The Federal Communications Commission is urging the telecommunications industry to develop a stronger caller ID authentication system.

Scammers are able to spoof local numbers through Voice over Internet Protocol (VoIP) software. The numbers are created and used through the Internet, so it’s easy to appear as if the call is local. The user can choose any available number in the area code.  This system makes it easy for callers to contact potential victims from anywhere in the world.

You can use several ways to avoid caller ID spoofing scams.

People fall prey to telephone scams every year. Last year the total amount lost was in the billions of dollars, with the average loss of approximately $2600 per person. If you think you’ve been the victim of a spoofing scam, you should file a complaint with the FCC.