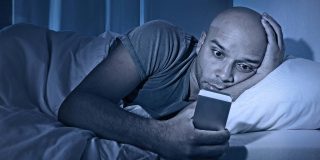 The dangers of social media are real. We are addicted to our phones and social networking sites like Facebook, Instagram, Twitter, and Snapchat. We use our phones at work, at home, in restaurants, and anywhere else we can get a signal. Phone apps exist for everything from shopping to caller ID apps for iPhone to your local dentist’s office. Smartphones can be useful, but they can also cause emotional and physical problems if they are used too often.

Smartphone addiction is often tied to impulse-control issues. The inability to control impulses can lead to ignored relationships and responsibilities to spend time on social media, playing games or having online relationships.

Smartphone addiction can encompass a variety of impulse-control problems, including:

Compulsive Internet surfing, trolling newsfeeds, using social media, watching videos or playing games can lead to isolation and reduced productivity at school or work. Time spent on these activities takes time away from your day to day or “real” life. It can also lead to information overload which can lead to lack of focus and concentration.

Addiction to texting, instant messaging, social networking and online dating apps can cause a disparity in a person’s relationships. Online relationships become more important than those in real life. The Internet is a convenient way to stay in touch with family and friends. Most romantic relationships start in the virtual world. However, virtual relationships are not a suitable substitute for face-to-face interaction. Additionally, developing online relationships, particularly romantic ones, can interfere with our daily lives and jeopardize existing friendships and committed relationships.

The cause and effect of heavy cell phone use is a cyclical issue. Many become addicted to their cell phones because of underlying issues. However, the addiction feeds those issues, often exacerbating the problem. Some examples:

A lonely or depressed person may use the Internet to reach out and get relief from his problems, Online friends, support groups or therapy sessions can help, although devoting a great deal of time only increases the issues by cutting the person off from real life. A 2014 study showed a correlation between heavy social media usage and anxiety and depression.

Being tied to your smartphone because of work increases stress. It blurs the line between your professional and personal life. Users are always expected to be available with no chance to unwind. Constant contact also causes stress in personal relationships and builds resentment against co-workers and employers.

The constant presence of smartphones and their notifications are a distraction. The persistent noise and required attention keep you from important things at home and at work.

Overuse of a smartphone can cause a disruption or loss of sleep. It affects your memory and cognitive abilities. Some reports show that even having a smartphone in the room can disrupt sleep due to radiation.

Physical problems are another danger involved with social media. Smartphones require a person to look down while in use, so it’s common for people to get stiff necks or necks and backs that are thrown out of alignment. Chiropractors refer to the problem as “Milennial neck.” Prolonged use can cause permanent damage such as a reversed curve of the spine.

Lack of exercise can cause a plethora of problems from weight gain to diabetes to muscle atrophy. While there are many apps that promote exercise, social networking sites encourage us to sit and scroll through hours of news feeds, videos, memes, and messages from online friends and family. Constant use also encourages us to snack rather than eat proper meals, leading to poor nutritional habits.

Relationships aren’t the only things that can be put into jeopardy through an addiction to the Internet. Compulsions such as online shopping, gaming, bidding on auction sites and trading currency are a few things that can lead to financial stress. Shopping addicts can’t pass up a good deal or gamblers want to try to win just one more time.

Online shopping can lead to identity theft. Scammers routinely steal personal data, bank and credit card information to sell or use for their own benefit. Check your credit scores routinely to gauge unusual activity. Changes in your credit score can determine if you have been a victim of hackers.

Joan signs up for a dating website. She posts her picture and information about herself. Soon, Joan is excited when she receives several messages. She looks at pictures and replies. Then she notices some strange behavior manner. Here are some of Joan’s red flags:

Several of the men contacting Joan don’t have a profile picture posted. A small percentage may have a legitimate reason for not having a picture, such as a high-profile job, however it’s likely that the poster is married or a fraud.

If a photo looks overdone or professional, chances are it’s fake. Use a reverse image search in Google to uncover the user’s true identity. Some of the most popular services include Google Reverse Image Search or TinEye. Upload the person’s picture and search. Try more than one service to make sure that the picture isn’t located elsewhere on the internet. You may find it linked to other dating websites as well.

Scammers are typically non-native English speakers. It becomes obvious quickly when chatting via message. They often use incorrect words, the wrong tense, or confuse things such as there, they’re and their. Also, non-English speakers tend to not use contractions. The lack of good grammar is a glaring sign that someone is not who he claims to be.

Scammers aren’t very creative. Sob stories generally include the person losing his entire family, being stranded overseas, or having lost his wife to cancer and left with a child to raise. If a story sounds familiar, enter some of the text into a Google search. You might be surprised at what appears on your screen. The same can be said for overly produced poetry he uses to profess his love.

Scammers aren’t patient. They want to gain your trust and get your money as soon as possible. For that reason, they tend to go to any length to win your trust and affection. Poetry, gifts, words of affirmation and love are just some of the ways in which a scammer will try to win you over. The more you accept those gestures, the harder the scammer tries.

Once a scammer feels he has your trust, he will ask for something. It usually starts as something small, a small token of your affection. He may even send the first gift to get the ball rolling. Perhaps it’s simply a phone call or video chat. Rest assured that it’s only the beginning of something much bigger.

Children spend as much time online as adults, perhaps more. Sexual predators, criminals and hackers may take advantage of a child. Children may be lured into unsafe situations or be asked to divulge sensitive personal information.

Parents must take precautions to protect children online. There are several ways to do so:

Smartphones and other electronic devices are here to stay. The changes in our behavior, both physical and emotional, affect us on a regular basis. One solution to suffering ill effects of overuse is to limit daily use of your phone. If you suspect you have a cell phone addiction, there are programs specially designed to help manage use and its effects. A professional therapist may also help to deal with cell phone addiction and how to get into recovery.

Who is Tracking You? 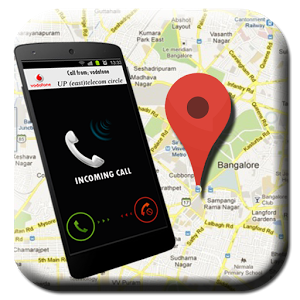 Parents use tracking apps to stay abreast of their children’s whereabouts and to keep them safe. The apps use GPS and other technology to see the child’s location. The apps can see who the kids are talking to and what websites they visit. The tools help parents by giving them peace of mind and to prevent dangers to children. No one can say bad things about using the technology for this purpose. People can also track other family members. The apps are helpful when friends or family are separated in crowded places like airports, concerts or amusement parks. They can track adults that have medical issues like dementia or Alzheimer’s disease.

Jealous lovers, nosy employers and others often use the same technology to spy on others. The person being tracked often doesn’t know. In addition, the apps allow others to take down phone numbers. The can use an iPhone cell phone trace app or similar program to learn the identity and location of the third party. One attorney reported a 40% increase in his divorce caseload since the technology was introduced.

Some apps allow users to track GPS as well as cell phones, including the person’s travel history. People can buy and use the following legal apps to trace others:

Users can download Find My Friends for Android and iPhone. It tracks people on your contact list and allows you to know where they are at any given time. It syncs with maps and contacts on iPhones.

This app is equal parts useful and scary. It was designed for iPhone or iPad and allows users to track anyone on their contact lists. Users don’t use a virtual check-in like FourSquare, but location settings allow this type of app to check location as well as your photos and status updates.

Kids love Halloween. However, it can be a scary time for parents if the children wander off to see decorations or go to the house that offers the best candy. Kids wearing costumes make it difficult to find the right child, especially if the costume is popular and worn my many. The free app is downloaded onto all connected phones and can alert parents if the child leaves a previously determined area. Users can use the app all year long. Also, latchkey kids can ping their parents when they arrive home.

Phone Tracker uses mapping and GPS technology to track people like family members and employees. Users don’t need to have the app engaged for it to work and will also track a target’s movements over the past 24 hours, within 30 feet.

AccuTracking was designed for company use to track vehicles using GPS. It was introduced over a decade ago and is used primarily for desktop or laptop computers. Users that download the app is not supported by some phones, including iPhones.

Using tracking apps can be a godsend when it comes to safety, however, they should be used with caution if tracking an unsuspecting target.